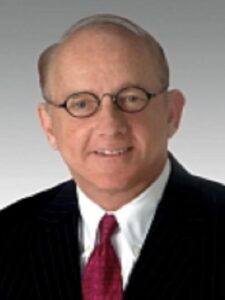 HIGH POINT, NC, August 2, 2021, Marquis Who’s Who, the world’s premier publisher of biographical profiles, is proud to honor John Phillips Little Johnston with inclusion in Who’s Who in the World. An accomplished listee, Mr. Johnston celebrates many years’ experience in his professional network, and has been noted for achievements, leadership qualities, and the credentials and successes he has accrued in his field. As in all Marquis Who’s Who biographical volumes, individuals profiled are selected because of current reference value. Factors such as position, noteworthy accomplishments, visibility, and prominence in a field are all considered during the selection process. The criteria for selecting individuals from the yearly 1,000 applications by Marquis Who’s Who is based on an individuals’ Proven Leadership Accomplishments, social and business activities. Phillip was the Founder and Founding Chairman of NCTA in 1999. Additional selection committee members and criteria accomplishments include being named Entrepreneur of the year,

Mr. Johnston is an attorney and corporate executive having served as the chief executive officer of a portfolio of more than 10-successful companies and technology-industry ventures, with more than $150 million in private capital backing. He is the founder of the North Carolina Electronics and Information Trade Association, which has grown over more than 25-years to stand as the state’s largest trade associations. Eminently qualified in his field, Mr. Johnston holds a Bachelor of Arts in economics from Duke University and a Doctor of Jurisprudence from the University of North Carolina Law School. Likewise, he has completed postgraduate coursework at New York University, the John F. Kennedy School of Government at Harvard University and Stanford University. Mr. Johnston is a Babcock Entrepreneurial Fellow at Wake Forest University.

Throughout the course of his career, Mr. Johnston has served as the president, chief executive officer and director of the Currier Piano Company, Chantry Lamp Company, Erwin-Lambeth, and Norman Perry. He has excelled in corporate leadership roles with Citicorp and Cameron-Brown Capital Corporation, among others, and his independent ventures in real estate and retail sales led him to create Koolbridge Solar Inc., a green energy technology company where he remains active as the Vice Chairperson and Chief Legal Officer. In the late 1980s, Mr. Johnston’s focus shifted toward the technology industry, with terms as the president and chief executive officer of DataPix, Digital Recorders Inc. and, most recently, Pilot Biotechnologies.

Mr. Johnston is the co-founder of Rainmakers, a pro bono project assisting poor businesses, and former chairman of the Marion General Hospital and United Way of McDowell County. He was former President of North Carolina State University Friends Gallery. He is the author of dozens of articles on corporate governance and structure, as well as over six books: “Jokes That Span Generations,” “Success in Small Business is a Laughing Matter,” which was reviewed by Esquire Magazine as “the best book ever written about small business” and “True South: Leadership Lessons from Polar Extremes,” three of his most recent. Mr. Johnston holds a top-secret United States government security clearance and a Certificate of Director Education from the NACD Institute and was named as the Entrepreneur of the Year for the Council for Entrepreneurial Development (CED), in 1997. He has been profiled in Dewar’s in addition to many prior inclusions in Marquis Who’s Who. In his leisure time, Mr. Johnston enjoys classic literature, pinball, and bridge.

“As Chief Executive Officer of the North Carolina Technology Association (NC TECH) for the past 13 years, I am heartened that Phil Johnston has been named to the Marquis Who’s Who. Of his accomplishments, perhaps Founding Director and Co-founder of NC TECH, which is one of the most prominent business associations North Carolina, is a highlight of his career which includes being the CEO of two NASDAQ-listed technology companies as well as director of five public companies including NYSE — Adams-Millis for 12 years” Brooks Raiford, CEO NC TECH

About Marquis Who’s Who®:

Since 1899, when A. N. Marquis printed the First Edition of Who’s Who in America®, Marquis Who’s Who® has chronicled the lives of the most accomplished individuals and innovators from every significant field of endeavor, including politics, business, medicine, law, education, art, religion, and entertainment. Today, Who’s Who in America® remains an essential biographical source for thousands of researchers, journalists, librarians, and executive search firms around the world. Marquis® publications may be visited at the official Marquis Who’s Who® website at www.marquiswhoswho.com.

Koolbridge Solar is the company to design, develop and sell the next generation of innovative intelligence driven, solar-ready, electrical power products that automatically select the most economical use of utility, solar, battery, wind or generator power for homes and businesses on a circuit-by-circuit basis. Koolbridge Solar has patented and patent-pending products under development that effectively capture, manage, and distribute electrical energy throughout homes or businesses. Moreover, with Koolbridge’ s first product obtaining UL approval, the SMART LOAD CENTER™, there is no power interruption whatsoever if the grid goes down while using solar power. For additional information go to: www.koolbridgesolar.com.